I will be starting a blog series on the development of short exercises. They won't be a step by step tutorial, but I do plan to show as much as possible. In terms of what to expect, most of the times they will be things that I got obsessed with after reading some book or article (fractals in this case), and I will try to use as much code as possible. There are a few stages when it comes to learning Houdini, but the one that seems to be the most daunting is learning VEX. Sadly VEX is the one that uncovers its full potential. 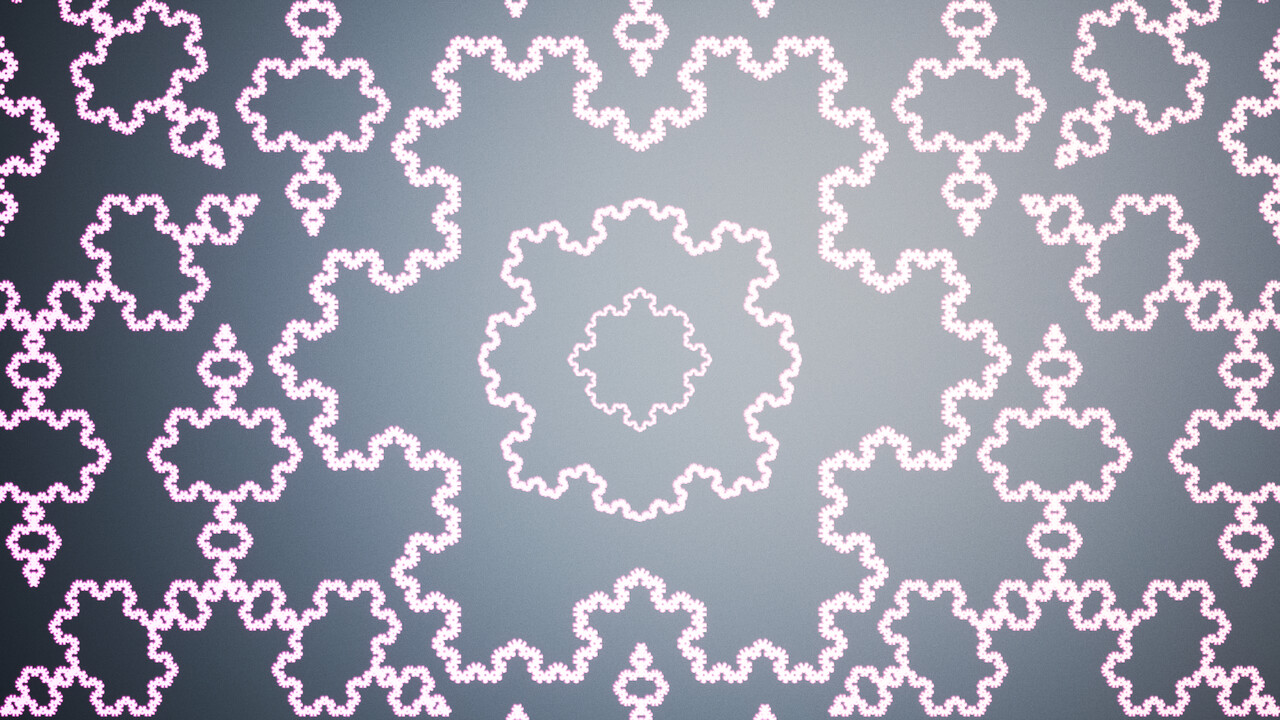 The Koch snowflake can be generated by starting with a shape with linear curves or segments, then recursively altering each line segment as follows:

The Koch snowflake is the limit approached as the above steps are followed indefinitely.

In my case, I will be starting from an equilateral triangle which is the most common case,  but you can download the file and change the input for any custom curve you want and it will work.

In this step and as mentioned above, the goal is to construct an equilateral triangle. I decided to do it using two different approaches, one being pure VEX, and the other one inspired by the "Technical Drawing" subject I had back in high school where for a while we would use a compass and the circles and arcs it creates to accomplish more complex shapes.

First I created two points in the 3D space where I knew I would only modify the X value, and I made it so that the two points are always equidistant by getting only one x input value from the exposed vector parameter, and multiplying the second point by negative one.

After that I applied the Pythagorean Theorem and as easy as that we got ourselves an equilateral triangle. 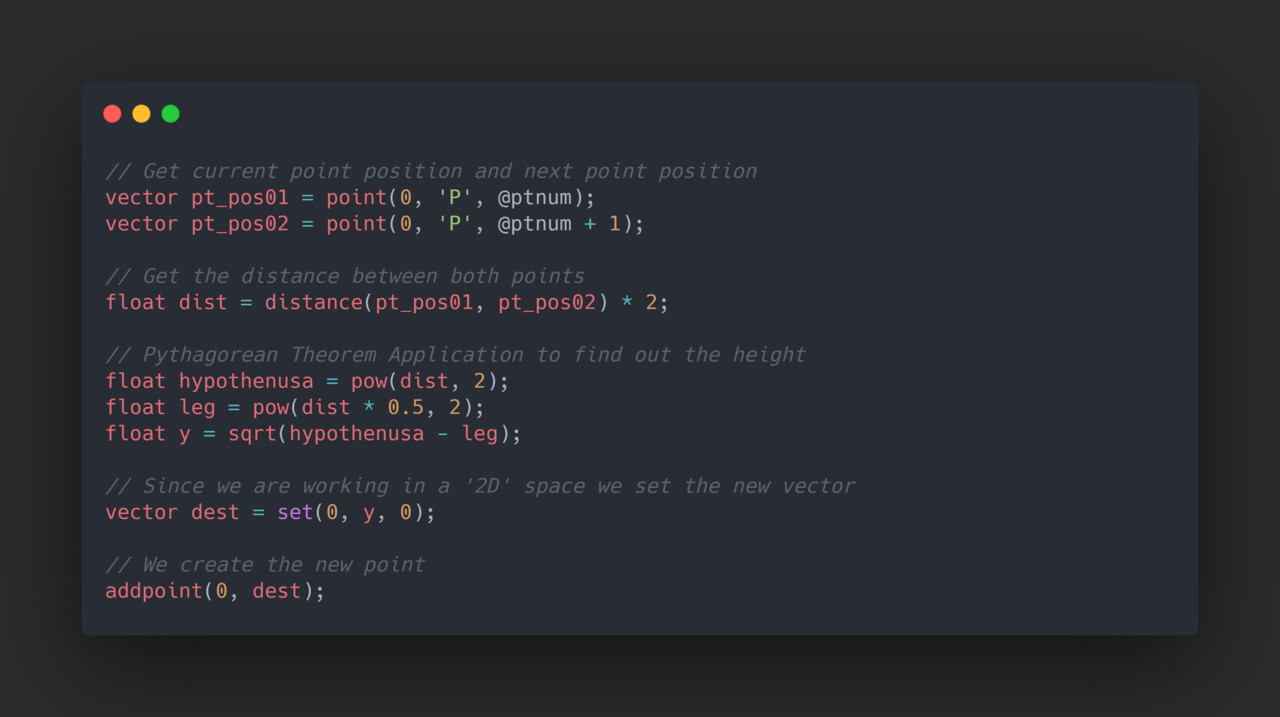 In this approach, the result is the same, but I tried to replicate the compass method of creating the triangle given a segment of length n and a compass: 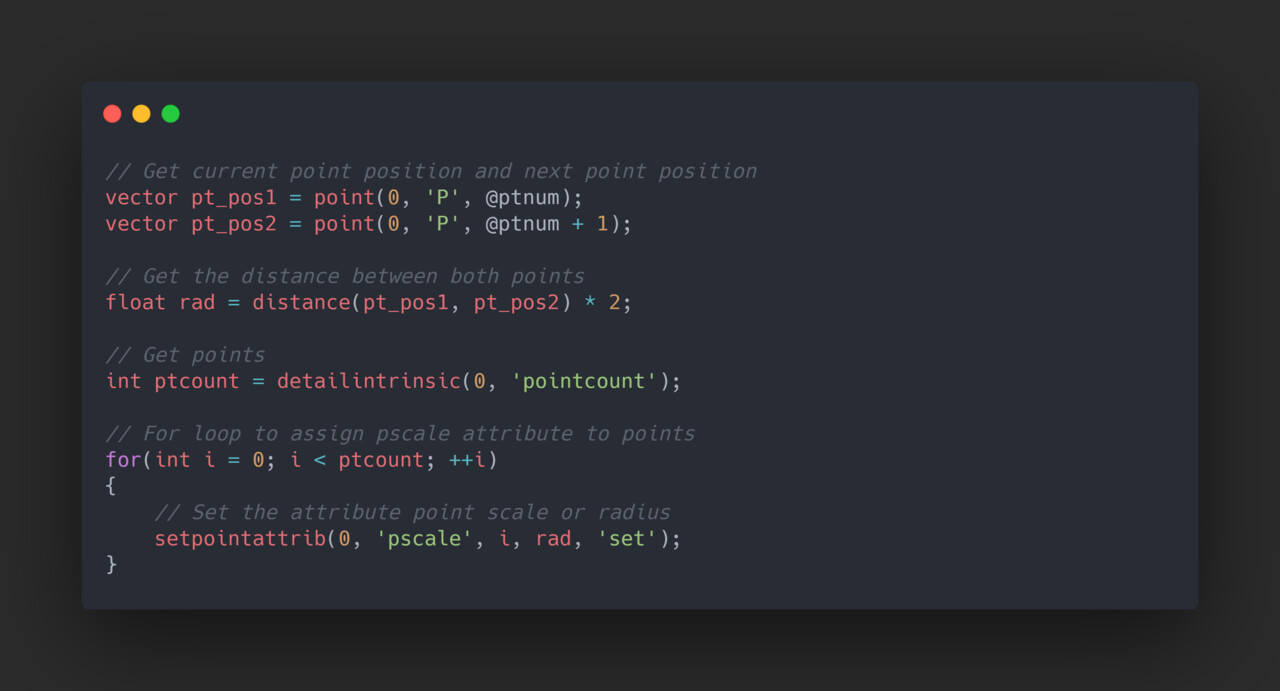 3. For each loop using fetch feedback:

Here's where I actually go over the points to create the position for each point on the final snowflake. The step followed are the ones I mentioned in the beginning of this post. Here's a more detailed explanation: 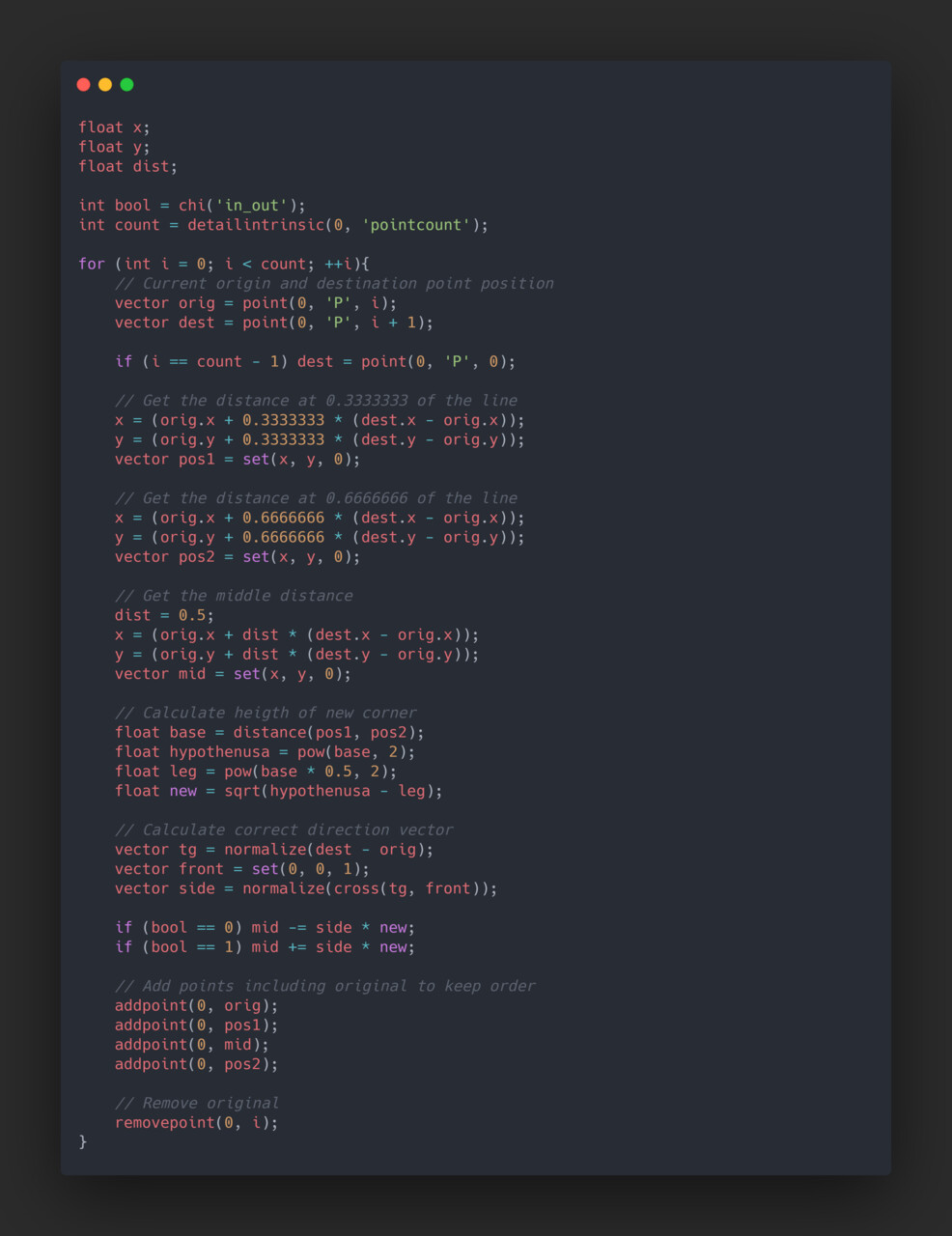 In this final step I used the "addprim" VEX function. Running a new "Attribute Wrangle" over "Points", I fed the function with the current point and the next one, and that's how we get our final "Koch Snowflake".

If instead of adding the height outwards, we subtract it, we get the inversed "Koch Snowflake".

I've had a lot of fun with this exercise, and fractals is a topic that I find fascinating so I will dig more into them in the future. I went one step ahead, and exported a bunch of fractals to UE5 to render them with Lumen just because :) If you are starting with Houdini and VEX, I hope that you’ve learned something  and if you have any questions, feel free to send me a message and I’ll do my best to help.

I want to get the file: https://github.com/secarri/KochSnowflake